With the outbreak of SARS-CoV-2, we have been travelling through turbulent viral times that brought us closer to a sequence of ‘phantasmagoric’ events—for several months now. These experiential and existential dilemmas paved the way for strands of thought and of debates on the thematic of modernity, on quarantine—physical and social isolation— palliative measures, the virulent nature of bio-politics,  ways of reconfiguring the relationship between humans and disease/epidemics, and numerous reflections on/of the self by the locked downs and ups.

The anxious modern-human today is compelled to create a simultaneous space of despair and hope as the unfamiliar non-human mutant replicates inside the human host. With this subjection of the modern human by the non-human mutant, the claim over transcendence of nature has become uncannier than ever. At a time when physical and social borders got epidemiologically fixated, the border crossing between history of pathology and social history has intensified. We, the locked-downs are anxiously turning the pages of these heterogeneous reflections—from digging in bookshelves to searching the world-wide-web and different genres of films—for a glimmer of hope. In epidemiological sense we are engrossed into volumes of medical history on epidemics and in socio-political sense connecting the pandemic from bio-politics of the state to individual solitude, isolation and repression—howsoever, miniscule to comprehend the dystopia.

COVID19 Pandemic and the Media: Gendering the Ordeal?

“Death touches the spring of our common humanity,” and so has the covid-19 pandemic. There is hardly a country or a region that has been able to escape its vicious touch. Despite the unique, varying contexts that the pandemic has given rise to in different parts of the globe, the present scenario is also characterized by certain common features. One such significant observation towards which the global media is pointing is based on (binary) gender distinction. Since early April, the internet has been flooded with reports of how men are more prone to death due to covid-19 in comparison to women. The manner of media representation, my paper argues, is also a reinstatement of the male/female gender binary.
The paper analyses this particular drift in the media in conjunction with the postfeminist philosophy of thinkers such as Judith Butler and Tina Chanter whose works point towards a horizon where the accepted notions regarding gender binary and the materiality of the body do not hold. Besides, the paper also analyses how the media is accepting certain notions as ‘given’ and thus operating from a deep seated patriarchal premise that is inconceivable without the gender binary and gender roles.

Covid-19 and metaphor for existence: Notes on Post-lockdown India within ‘home’

The paper attempts to understand the existential defeatism and the recovery of existential meanings that the uncanny Covid-19 pandemonium enacted under the regime of social distancing. The quarantine from the public not only created a dialectics of home and the world but also re-enacted estrangement upon the gendered bodies within the same home metaphor. By engaging with the autobiographies of solitaire of the past and the experiences and expressions of contemporary locked down selves the paper tries to understand the erasures and silences into the discourse on self and solitude and the possibility and impossibly of tactical manoeuvres on the part of the silenced bodies within the quarantine induced domesticity in India.

Despair and Homelessness in the face of Apocalypse: on Lars Von Trier’s Melancholia and Andrey Zvyagintsev’s Leviathan

Lars von Trier’s Melancholia is about Justine and her apparent “schizo-” melancholy, one that shares its name with the planet about to crash on earth. While, Andrey Zvyagintsev’s drama Leviathan, something in-between grandiose and morbid hopelessness is Hobbesian; in the sense that power is monarchically vested but unlike the treatise, rights are not safeguarded and no freedom is guaranteed. It is a retake on the “Book of Job”, but prayers are undertaken with cynicism as the lead character, Kolya’s house is wrecked (literally and symbolically) we find a Church erected in its place while the camera pans to a picturesque landscape wary of the pervasive political corruption and endless human suffering in its immediate vicinity. As individuals are sloshed in vodka and boats lie wrecked on the shores of the city, skeletal remains of a whale mark the enormity of “Leviathan” from which there is no escape.

Even though both these films are surprisingly different in every other aspect, they centre on annihilation; one on the proper sense of the term: complete destruction, the later on the massacre of justice, rights and freedom. Also, “despair” and “isolation” follow one another in close coordinates that reveal the hopelessness of situation and a pervasive condition of “homelessness” – in Melancholia the symbols are strikingly evident while in Leviathan they are literal and obvious. This paper would aim to critically navigate through these films, analysing and comparing them while assessing their connections to “despair” and “homelessness” evident in the running year of the pandemic.

Finding the ‘Reboot Code’: A Study on the Future of Indian Economy Post Covid-19 Pandemic

The covid-19 pandemic has not only brought the fear of losing lives but also the financial threat to the world economy. Since the time Lockdown 1.0 has been imposed in India on 23rd March 2020, the economic condition of the country has shaken. The Indian economy has been hit by the pandemic in the worst ways possible concerning consumption, manufacturing, exports and capital flows. There is no doubt that before the pandemic which triggered from China, India has been growing based on these four pillars. This present shock that all human beings have encountered and experienced is broad and deep and has certainly put the world economy into a major setback. However, on the positive note, if challenges can be turned into opportunities backed up by government support, it is worthwhile to mention that the economy will not be the same post-pandemic. The world economy will revive dealing with the “new normal” leading to a “new horizon”. The objective of this research paper is to critically analyse the various dimensions of the Indian economy dealing with the pandemic crisis. The economic areas that are fighting the crisis and struggling hard to revitalize will be evaluated to find positive magnitude. The research work will be based on secondary data and will focus primarily on finding out ways to achieve the “reboot code” for Indian economy post covid-19 pandemic.

One among the various unforeseen scenarios into which the Covid-19 pandemic has thrust us, is a significant and rapid spike in cases of domestic violence. Over the past few months, there have been umpteen reports of domestic violence. And, as if by default, the victims in almost all such cases are women. Isolation, social distancing and avoiding public space are some of the basic precautionary steps during these viral times. Quite paradoxically, this isolation and distancing allows the socially marginalised and subjugated class to be an easy target. The masculine psyche considers such time as a threat to their identity and in order to regain power and have control in their relationship opts for violence and develops a hostile attitude in order to claim their superiority The paper would try to analyse and reflect upon the important aspect of the ‘masculine psyche’ as it operates within patriarchy and show how this physical restriction and loss of the public sphere creates a sense of anxiety within that masculine psyche, with violence towards their partner as an unfortunate, yet unmistakable, manifestation of this anxiety.

Sebastian & Sons can be read as an exploration of the everyday and ordinary unfolding of social relations—particularly that of caste—in the process of the production of sound for the primary percussion instrument of the Carnatic stage, Mrdangam.Mrdangam is believed to be avedavadyam (Vedic instrument) (p.187), however it is only in the 1920s and 1930s that male brahmins appropriated the instrument into the Carnatic music world and instituted their dominance thereof. The instrument is a cylindrical two-faced drum. The hollow cylinder is made of the wood from a jackfruit tree and the two faces/frames are made of three layers of hides (p.3). The journey of the Mrdangam from the raw materials—collected from forests and slaughterhouses, and assembled at the maker’s homes and workshops—to its finished form, in the player’s puja room or the stage has been descriptively unpacked in this book. Krishna does this by bringing together narratives of Mrdangam makers from different regions in Southern India but predominantly Thanjavur, “the cultural nerve centre of Tamil Nadu” (p.6) with an extensive focus on Sebastian’s family—who are from the Dalit Christian community—and within it the master of makers, the magical Parlandu. The modality of collecting the narratives is that of personal—telephonic and face to face—interviews. Krishna has called the book project a documentation of the lives of ‘invisible keepers’ of the tradition of Mrdangam making and has relied primarily on oral history and memory of the makers and a few players. Through the book, Krishna also provides an intense description of the material process of producing the Mrdangam, and a reader might feel the need to go through the highly skilled process twice over to get a grasp of it.

The larger project that Hussain has undertaken in this book is to understand the subjectivities or subjective possibilities available to understand Muslim girls in Assam and how they negotiate with those in their everyday life. These subjectivities are interrogated among school going girls through inquiring educational policies, taking narratives of teachers and parents. Hussain’s book appears to be a timely intervention in several aspects. She takes up a hitherto unexplored anthropological issue. In the existing body of academic literature, Muslim subject and subjectivities are discussed more in terms of politics/political rather than as a subject matter of anthropological enquiry. There is a lack of understanding of Muslim female subjectivities in Assam and Hussain’s intervention is an in-depth analysis to bridge that gap. There exists a multiple and intersecting differences among Muslim females in Assam in terms of class, and linguistic identity, along with the ‘popular’ native muslim/migrant Muslim binary. Hussain considers these multiple and crucial aspects while interrogating the subjectivities of Muslim school going girls in the town of Nagaon, Assam. 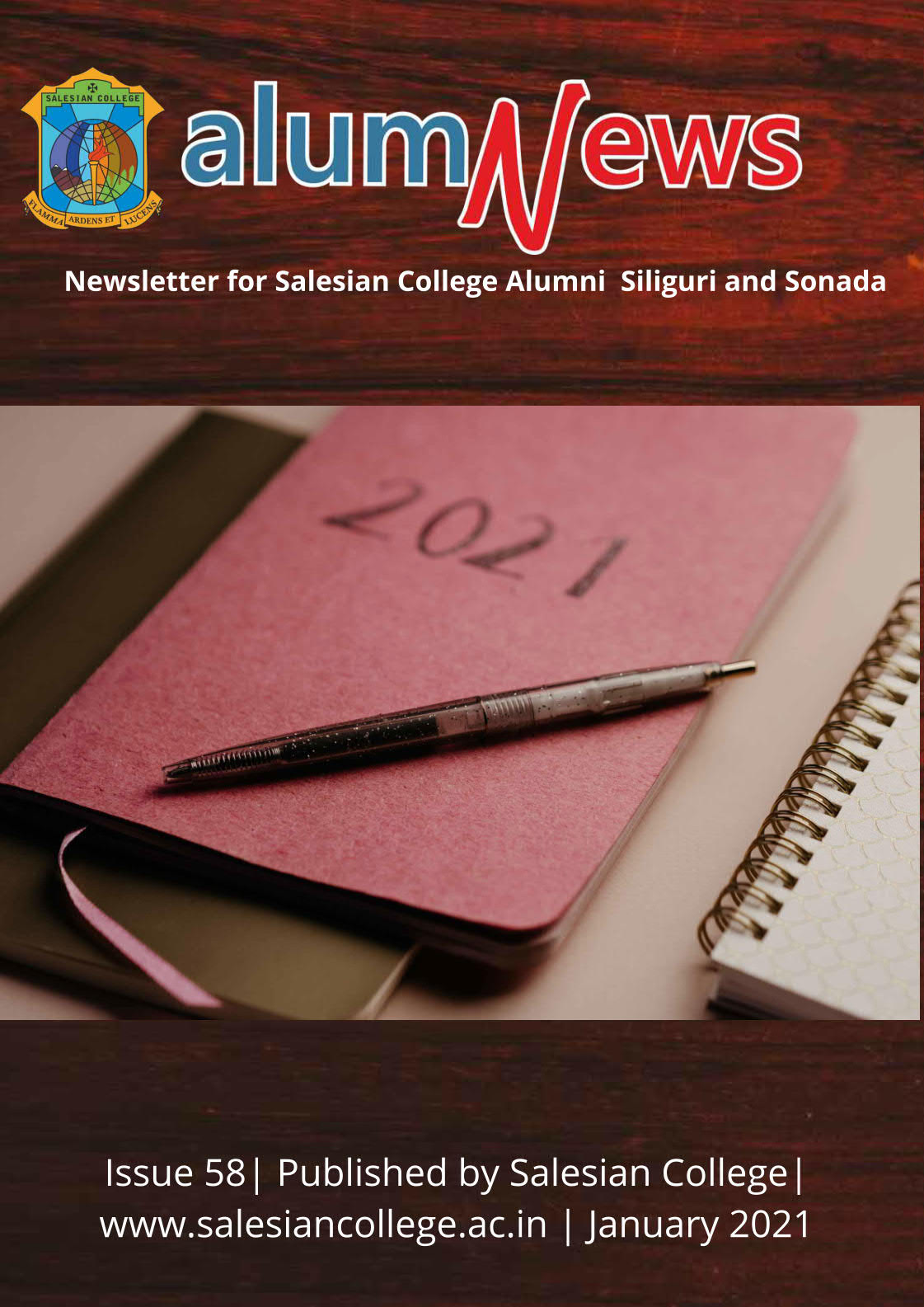 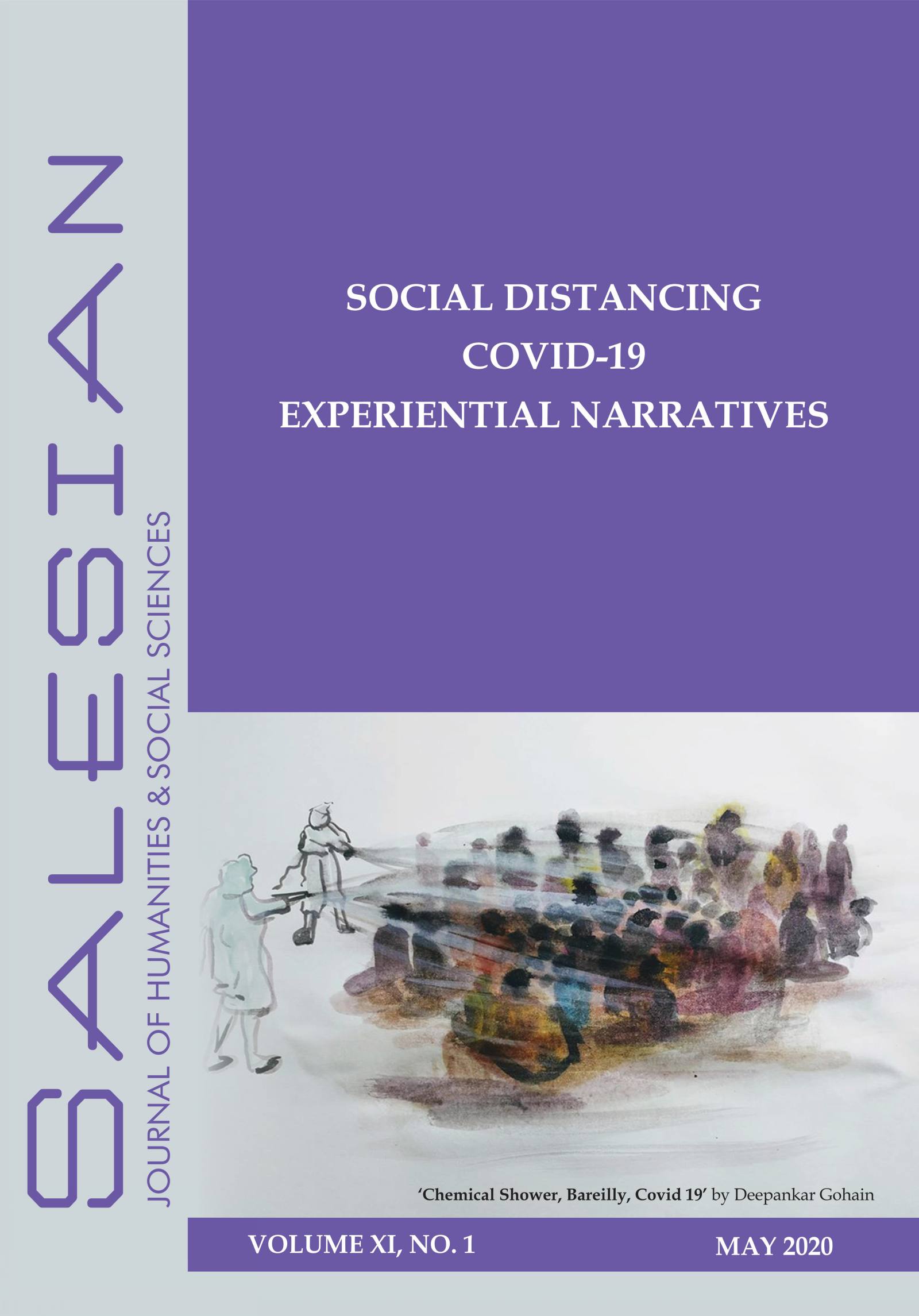 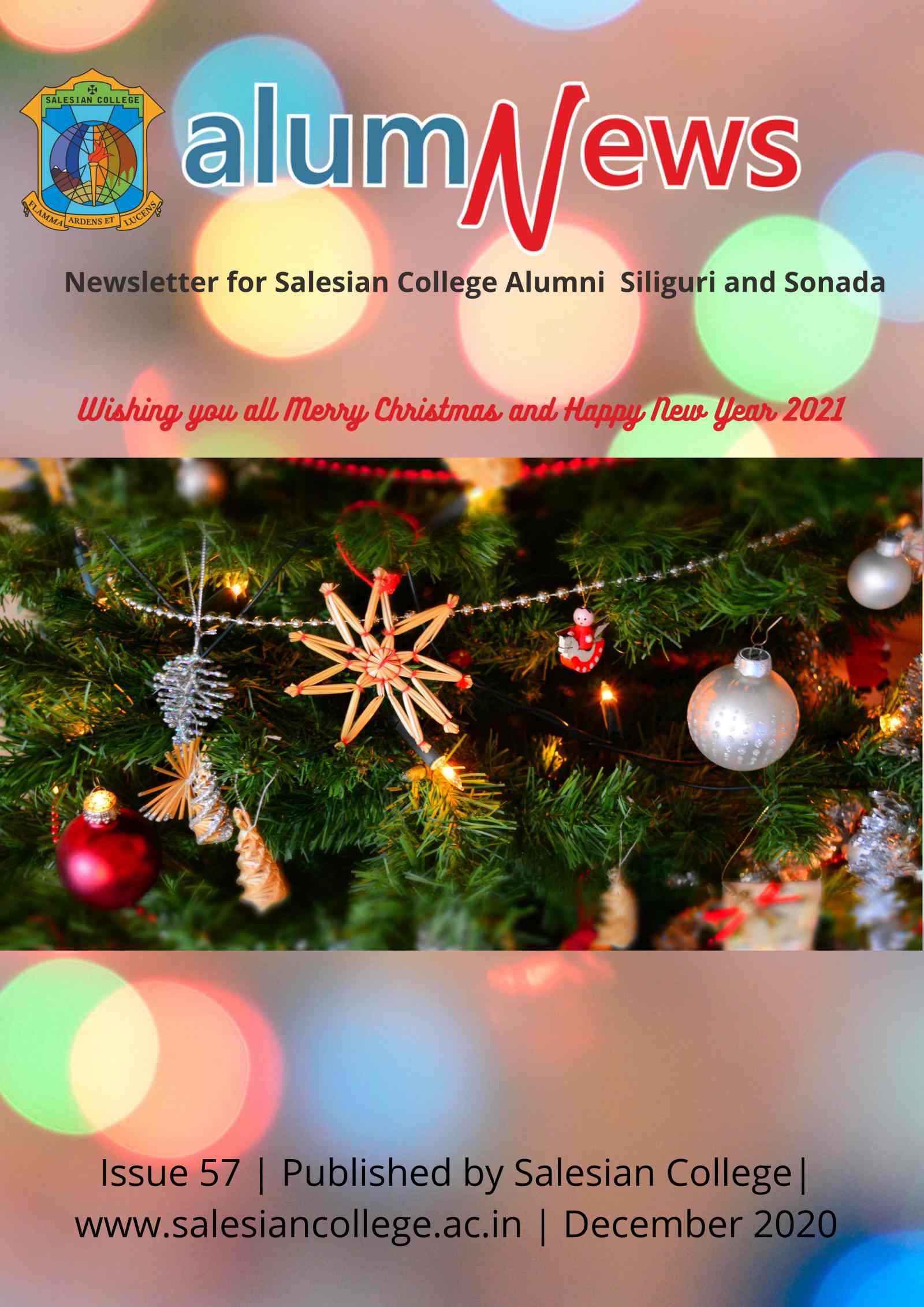 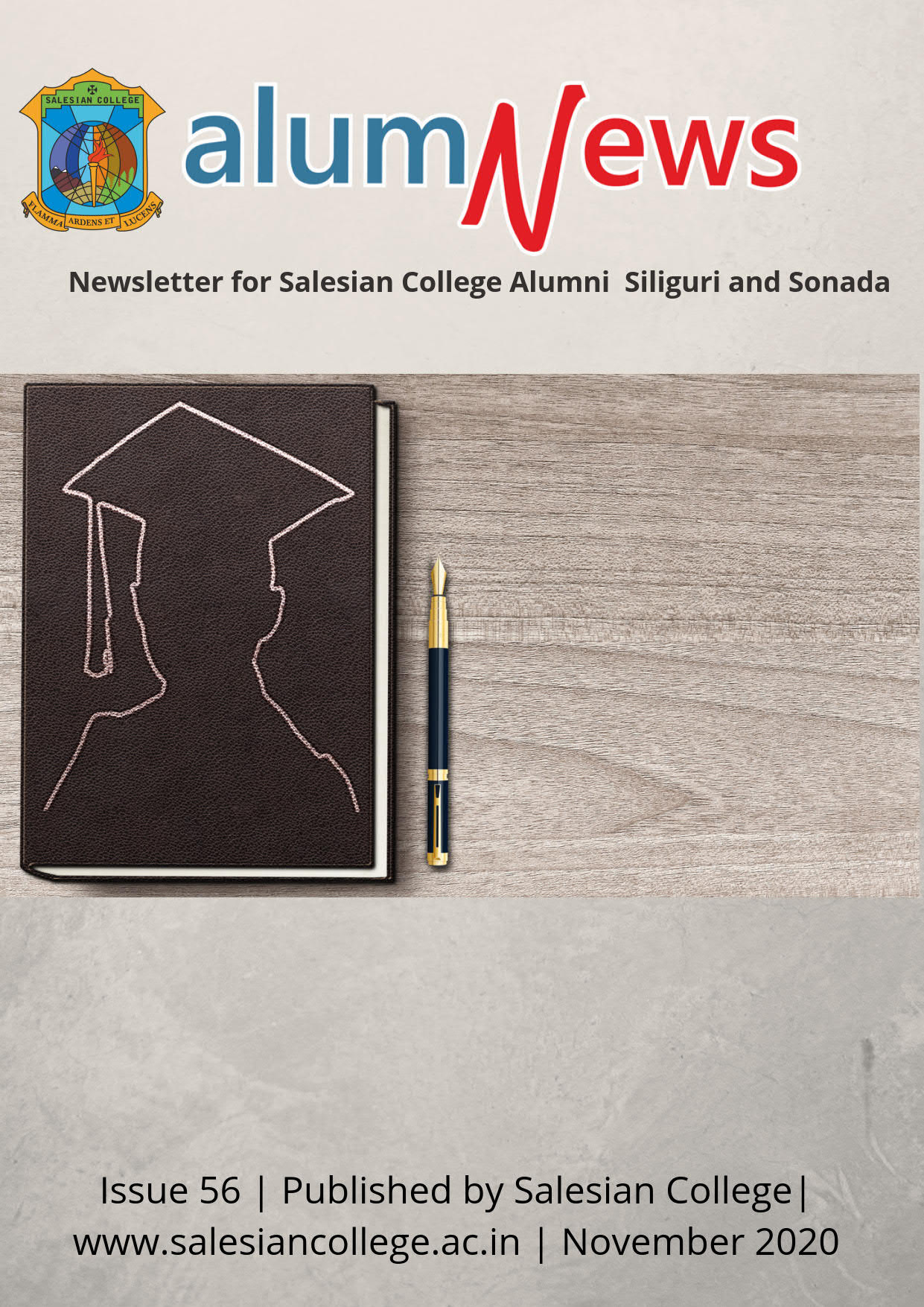 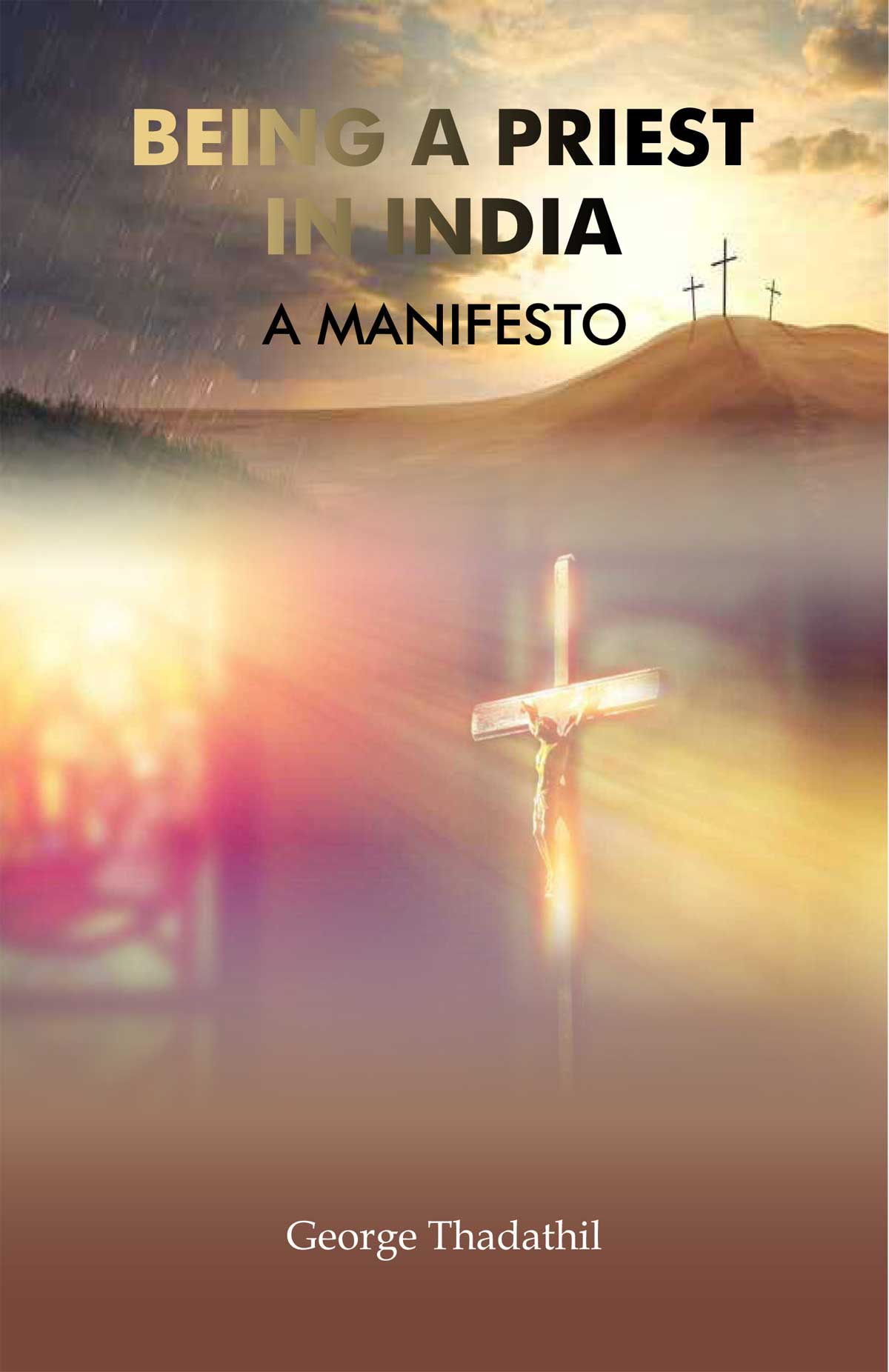